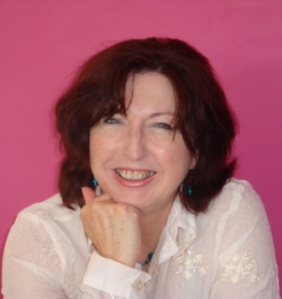 Hi Joanne. Thank you so much for hosting me on your blog today. I’m a big fan of Florida, having visited my brother and sister-in-law in the Keys a few times. I hope to get back there someday and do more touring of the US.

A little about me: I’m Australian, live in the beautiful Hunter Valley of NSW and have three wonderful children in their twenties and two dogs. I love bushwalking, kayaking, swimming and am interested in the environment, astronomy/science and animal welfare.

Writing has long been a passion for me, borne from an insatiable love of reading and books.  I also love sci fi, history and fantasy/mythology and longed to read a book which combined both romance and these elements.  So I guess it was a natural progression to end up writing a story that I’d always wanted to read.  In January 2009 I experienced a bit of an epiphany. I decided either take my writing seriously or stop doodling with bits and pieces of stories. I took it seriously, joined writing organizations, attended writing seminars, workshops and bought bookshelves of how-to books.

After starting a couple of contemporary romances, I put them to one side and began a sci fi / space opera romance. This book ended up being 100k words and took around two and a half years to finish. I wrote my first ever love / sex scene in this book, it was my first single title and garnered me my first placement in a writing contest. Legend Beyond the Stars came third in the RWAustralia Emerald Contest in 2011. I also received an awful lot of rejections with this story when I started to submit, I shelved it for a while and went onto write other stories. I re-visited it in July 2012 and did a re-write. That version was then accepted by Escape Publishing (a digital imprint of Harlequin Australia) in September 2012 and was e-published in January 2013. 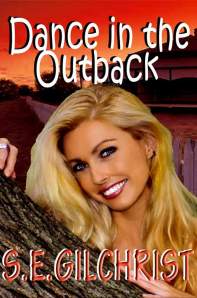 As you can see, I don’t restrict my writing to any particular genre. My stories are written in either third person or first person but I’ve never tackled present tense and can’t see myself doing so. The individual stories and the characters tend to dictate the heat levels (hot to sweet / sensual) and also from which perspective I write. I dread writing a synopsis and endure editing. My usual pattern is to start with an idea and then the characters come to me. I’ll write about three chapters, while the time the story is percolating inside my head. Then I sit down and write an outline of the external storyline, do detailed character sheets and GMC’s. I always know how I want the book to end before I start.

For anyone starting on their first manuscript, I recommend join a writing organisation, undertake courses or if dollars are tight, borrow how-to books from your library. I can’t stress how important it is to find like-minded people; I’ve made some wonderful friends through my writing. They’ve provided motivation, inspiration and support and I believe my road to publication would have been a lot longer, and certainly a lot less fun, if I’d never met them.

Thank you very much for joining me here today. I’d like to leave with a short blurb about my current release and an extract which I hope you’ll enjoy.

BLURB: Years ago Melanie Black was rescued from a burning house by her best mate and fellow foster child. When he begs for help, she can’t refuse. Melanie takes off to an Outback cattle station to supervise his children, while her friend and his wife use a second honeymoon to rekindle their romance. Out here, there isn’t a mall in sight. It’s hot and swarms with flies and yet, her soul tells her she has finally come home.

Station owner, Dirk Tanner, can’t believe his eyes when his brother-in-law’s ‘friend’ alights from the plane. She’s far too pretty, distracting and has brought pampered pets with her! Then he recognises her as the do-gooder who gave his ex-wife advice on ‘living her own life’. No way will he allow Melanie to meddle in his sister’s affairs too.

Both soon realize pre-conceptions can be wrong and a near brush with death reveals their true feelings for one another. But will this newly forged love be strong enough to overcome their painful pasts? Or will Melanie’s dream of belonging be reduced to ashes.

Frowning, Dirk stroked his chin as he stared out over the parched land that stretched endlessly to the horizon, paying no attention to the awkward silence that had fallen over their small group. Bloody hell, I’ve still got those fences to check not to mention the homestead bore. He shot an exasperated glance up at the sun now beginning its descent.

“Aunty Melanie, over here,” hollered Tammy in such a high voice she could have been auditioning at the Sydney Opera House.

A dozing black cockatoo rose shrieking from its perch on a large mulga tree beside the runway. The huge bird flapped his long glistening, black wings and circled above their heads displaying the brilliant crimson-red feathers of his under tail.

The mutt in the dog carrier yapped hysterically.

Startled from his ruminations about what could be causing the bore’s engine to misstep and his ears ringing from the racket, Dirk swung back towards the plane.

The pilot was handing down the few steps of the plane, a young woman who exuded an aura of warmth and gentle energy. Dirk noted with disbelief the fatuous look on Tom’s face and the faint noises of encouragement he made to the woman as if she attempted a hazardous climb from the summit of Mount Kosciusko.

Dirk couldn’t blame the young pilot for his obvious interest. Even from this distance, Dirk could see how shapely her legs were beneath the short skirt of her buttery yellow sun-dress fluttering in a teasing dance against her thighs.

His hands fisted involuntarily and he heaved a resigned sigh as Tammy danced off again.

The woman raised her head and directed a sunny smile towards them before turning away.

Unease prickled along the length of Dirk’s spine.

Something about her…no, he must be mistaken. He was certain he’d never met the ‘family friend’ before.

The woman spoke to Tom who then began to enthusiastically haul more luggage from the interior of the plane. Tammy reached her and the woman scooped the young girl into a big hug. Then, hand-in-hand they strolled across the red dirt, faces turned towards each other, chatting as if they had all the time in the world.

“Catherine, how lovely to see you again. And there’s my darling Anabelle,” the woman called out. Her voice as thick and smooth as treacle slid over Dirk’s senses. “Tammy, be a sweetheart and let poor Muffin out of her carrier before she becomes traumatised.”

“Okay, Aunty Melanie.” Tammy ran off to fumble with the latch of the dog carrier.

An unearthly yowl split the air. “Oh poor Mister Gibbs,” crooned the woman bending down. The movement caused her honey blond curls to bounce and glow in the bright sunlight.

With an effort, Dirk wrenched his stare onto the box she carried; another animal carrier.

For the love of…not another pampered pet. My dogs are going to go ape-shit. Dirk directed an irritated glare at the woman. Their eyes met and all the air wheezed from his lungs as he received the shock of his life.

He stood and gaped, vaguely aware his sister was introducing the ‘family friend’ but the words flowed over him like the background noise of waves on a beach. All he could think of was the last time he’d seen this woman.

Sure, it had been years ago but he’d never forgotten that day — the day that had marked the end of his marriage.

Thank you Suzanne, for your interesting promo of Dance of the Outback and your other works.  Readers,  here are the links for you to buy her books, I know you will want to jump right on that.

When Ivy Darling’s third husband trades her in on a newer model, it seems only natural for her long (and happily) widowed friend Flo Hunnicut to take her in. Then Ivy, who believes no woman can be truly happy without a man, sets out to make Flo over so she can attract local builder Lon Stubbins.

Congratulations to Claire Bocardo for her new novel.