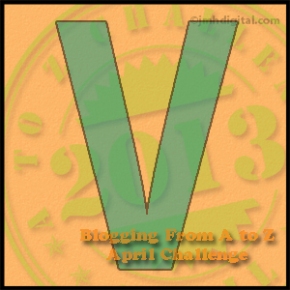 What exactly is Vanity Press? According to the dictionary, “Vanity Press” is any publisher that the author pays to have their work printed. Thankfully, the term is slipping into obscurity because of the quality work that is now coming from Indie Publishers, from both new and previously traditionally published authors. “Vanity Press” was coined to describe works that lacked the quality of traditional publishing. It was believed to be for the writers that printed for their own limited publication with no intention of commercially selling their work. Those authors will always exist and there is a place for them. However, along with those types of publications, there is fantastic talent of commercial works that had been previously ignored because they didn’t make it through the small tunnel of the traditional publishing houses in years past.

Can you believe how much the industry has changed in the last five years?

The top five self-published books that made the USA Today Top 150 Books this week are:

Falling Into You by Jasinda Wilder (Self-published via Amazon Digital Services). This week #14 (last week #12) $3.99

Second Chance Boyfriend by Monica Murphy (Self-published via Amazon Digital Services). This week #32 (last week, not on the list) $3.99

This is what the Huffington Post had to say on January 16, 2013, By Sabrina Ricci for IndieReader.com

Indie publishing is a growing trend. According to Bowker Books in Print and Bowker Identifier Services, over 235,000 print and ebooks have been self-published as of 2011. (Imagine how many there are in 2013)

What’s even more interesting is that many traditionally published authors are also going indie, all for a variety of reasons—some because they were unhappy with their publishers’ marketing efforts, others because their publishers no longer wanted to publish their books. But after talking to six traditionally published authors who have since turned to self-publishing, it became clear they all had one common motive for making the switch: they wanted control.

Barbara Freethy, author of 34 books including the Wish series and the first author to sell one million books on both Nook and Kindle, said that she has been writing for 20 years, via four different publishing houses. Then in 2010, she got the rights back to her backlist books and decided to self-publish the ebook versions.

“Once I saw how well my self-publishing books were doing and how much more attention and focus I could put on my own books, it was a pretty easy decision [to continue self-publishing] because those books have been doing so much better,” she said.

Freethy said that she prefers self-publishing because she has more control and power over her own product. She can also publish her work more frequently.

I think they can bury the term Vanity Press. What do you think?